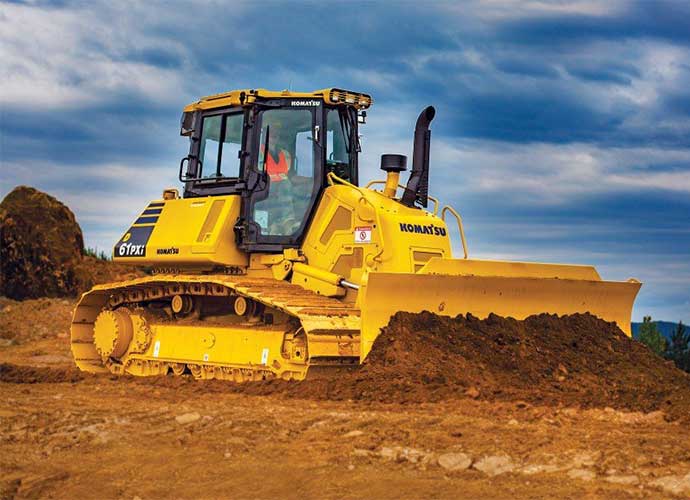 No one could have predicted the changes to work that we've seen in 2020 – including on construction jobsites. While the adoption of technology for remote monitoring and service of construction equipment had been steadily growing, the pandemic has made remote service and support even more integral to construction operations. We talked to two Canadian dealers about the support they provide their customers during the pandemic and the role that remote service plays in keeping everyone safe.
When March of 2020 rolled around, the sudden onset of pandemic protocols across the country caught SMS Equipment by surprise as it did with just about everyone else.

The difference, though, was that as the world started to go virtual around them, SMS was – in many ways – already there.
As a dealer for Komatsu, with its SMART Construction philosophy and product lines, SMS had a team of technology experts ready to deploy their remote service and monitoring capabilities for construction contractors across Canada once COVID had impacted regular business functions.
"The increase in demand during COVID from a technology point of view has just skyrocketed – just as everybody else has done with Zoom and all these other platforms, it's been no different on construction sites," said Jacen Cowick, SMS manager of SMART Construction. "We have to be very cautious about cross-contamination, very cautious about travel. Servicing our customers and some construction sites was very much of a challenge, where restrictions were very high and with the social distancing aspect. One of my biggest challenges was keeping my own people safe – and not just my people, but the customer as well."

As lockdowns fell into place across Canada with varying levels of strictness, machine owners found themselves in a difficult spot: many suddenly were left without access to  dealership support for maintenance and service – at least without significantly increasing safety precautions that varied greatly from location to location. That, according to SMS, led to a very distinct increase in interest when it came to remote options. 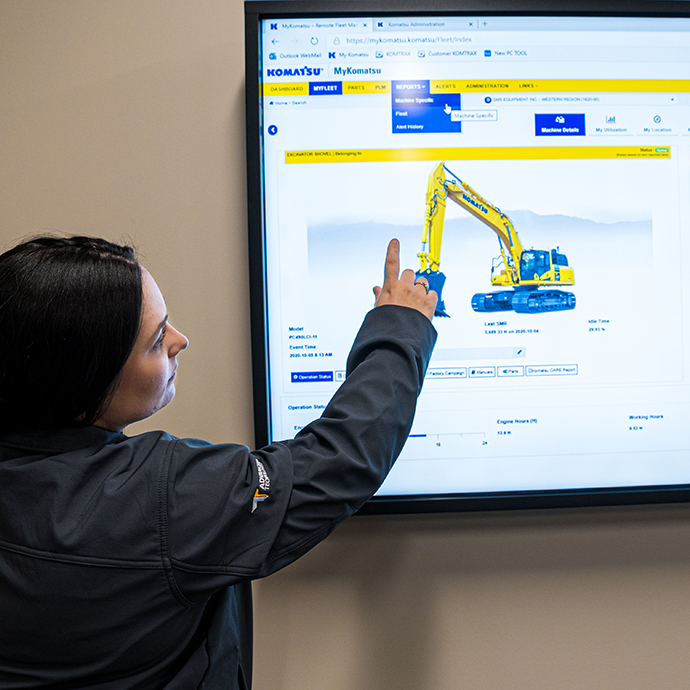 "It was instant in March – when the whole country kind of shut down at once. . . all of a sudden people couldn't leave their offices and they were thinking ‘Okay, now I'm in front of a computer. What can I do from here so I'm not getting behind in my job? How do I keep moving forward?'" said Lacey McKay, SMS telematics lead. "I think everything slowed down for a little while, which gave people the opportunity to take a closer look at what they could do within these systems. Telematics all of a sudden took a higher priority. . . people had this tool at their disposal but not necessarily the time to dive deep on how to utilize them. Customers were now requesting training to help better understand the overall information.

While the sudden onset of lockdown and the need for remote work was a shock to everyone, SMS was able to navigate it quickly – because it already had much of the capacity to jump right in and get going. Technology was part of the company's offerings already, and as the country started to shut down it was able to answer the call of customer demand quickly.

"Prior to COVID we did online training and remote support - we had the infrastructure in place to support it. What we didn't realize is how much the demand would increase," Cowick said. "We were able to adapt quickly and with limited confusion or stress for both the customer and our organization."
The volume of remote work and data increased significantly, but that was easily handled by the team overall, Cowick said. For McKay, the onrush of interest in more telematics and remote work options was an opportunity to show what her team could do.

"We were able to kick it into high gear and help those customers out to the best of our ability," she described. "That's the amazing thing about telematics – those systems are structured to be remote. We made sure we had a plan in place to get information efficiently, and we were able to prove that we were going the right direction – we were able to meet and exceed the demand of the customers."


While shutdowns meant that there was less opportunity for technicians to get to machines on jobsites, the introduction of new tools has helped expand the ability for SMS teams to work with their customers remotely. Cowick pointed to software updates like SMART Construction Remote that allows teams to log in to machines from the office to do a variety of tasks.

McKay said that her team has found there's additional demand for training from customers who are trying to understand telematics systems and solutions more broadly.

In addition, the SMS team – which has expanded to deal with greater demand, McKay noted – has offered phone support and the opportunity to do one-on-one personalized training for customers, she added. Customers are also turning to more alerts from their telematics systems to keep up on what their machines require.

"We have the capabilities to set up in our systems to email the customers at their requested time prior to maintenance being required. . . people have been asking for a lot longer lead time for maintenance notifications," she said. "You now need to get approvals for people to be onsite. . . the availability of supplies may be lower, so it may take an extra day or two to get filters, for example. Customers want the ability to have that time cushion and are making sure they're pre-planning more than they ever have before."

For George Latif, an SMS machine control specialist based in Quebec, the lockdown challenge has been even greater because of the way in which Quebec clamped down hard on jobsites through the early parts of the pandemic.

"In March when they announced we were going to lock down, all of Quebec literally went on a complete pause – nothing was moving anymore," he said. "We were still available, but we couldn't travel. . . even if I could get to the customer I would need them to supply me a letter from the government saying this was an essential service."

For Latif and his customers, Komatsu's Remote Support technology was the lifeline that kept things moving. When he needed to work with any integrated machines, they were accessible right at his fingertips as long as they were in an area with cellular service. With that connection he was able to connect to a machine and upload or transfer files where necessary, as well as receive reports from the machine regarding its condition and send communications to the operators as needed.

That kind of support has attracted attention in many regions, some of which can be slower to adopt new technology. SMS has seen growth in demand for remote support, and McKay expects to see that continue.

"I think this gave people a taste of how businesses should be using these tools," she said. "This is not something that's just going to go away at the drop of a hat next week. It opens the door for people to start looking at other avenues, making that time for dedicated training and recognizing that these systems are important from the top down of their business." 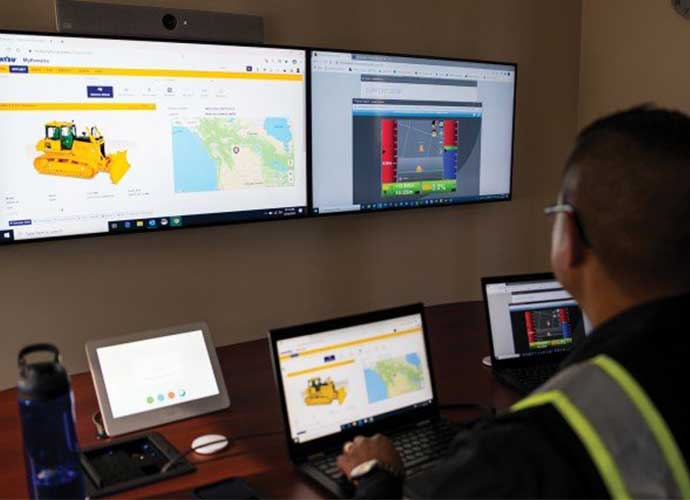