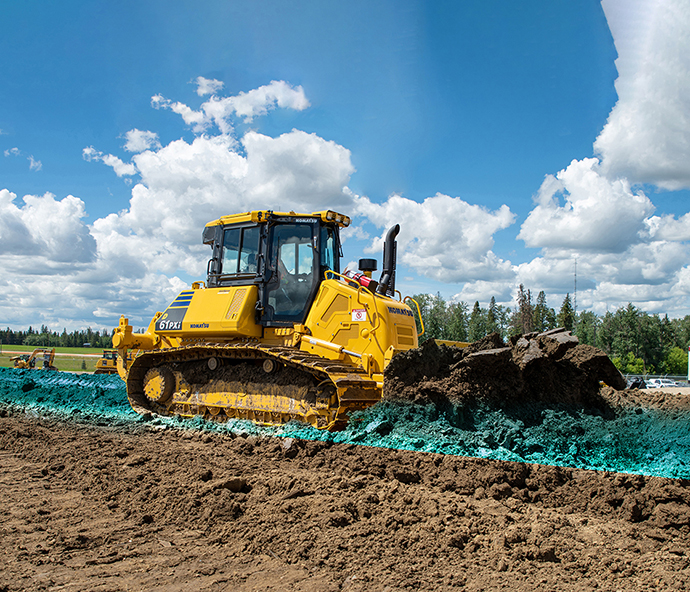 A Revolution In Dozer Automation

What if you had a dozer that could read the terrain ahead and plan every pass as efficiently as your most experienced operator, saving you time and money with improved production on every job? For the first time in the industry, it’s here—introducing Komatsu’s new Proactive Dozing Control, now standard on several new models.
Before Proactive Dozing Control, it took years of experience for an operator to skillfully sense loads on the blade, waiting for track slip before raising the blade. Without operator experience, the result was often wasted time and unnecessary wear and tear, not to mention a choppy uneven surface.
With Proactive Dozing Control, the machine automatically calculates the blade load and determines the most efficient depth that can be cut during each pass he says. So, the operator gains a better sense of how the existing ground is moving underneath, guaranteeing improved efficiency regardless of skill level.
“What’s new is the fact that the machine now records the lay of the land and will only fill to minimum lifts based on that” explains Jeff Martin, SMS Equipment SMART Construction Sales Representative. “Because it has a ready target surface for the second pass.” 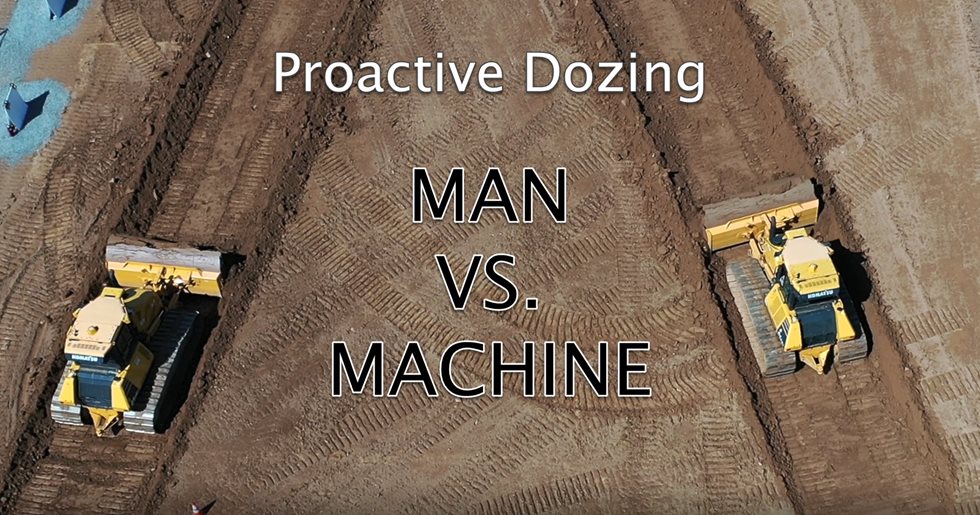 It’s a giant leap in dozer automation and machine control. Until now, operators generally used machine control only for final grade because the system would try to lower the blade to grade as soon as possible, often creating aggressive cuts that could stall the dozer.
“So that meant machine control was used only about 10 to 20% of the time,” says Jeff. “With Proactive Dozing Control logic, now operators can vastly improve precision and production by using automation up to 100% of the time.” And consistently too: imagine your business edge gain by achieving the same high production levels from key-on to key-off, day after day.

It’s secret? Terrain mapping. With terrain mapping, the machine ‘sees’ in front of itself. Knowing the terrain, it grades and follows existing grade contours just like seasoned operators do - on every job - whether it’s auto stripping, auto spreading, or high production dozing.

Simply, how does it work? The Proactive Dozing Control logic measures the surrounding ground in real time to see what has been done on the graded area, and stores that information. When the dozer completes a pass and is ready for the next one, the system already knows precisely where to track. It even decides whether it should cut and carry material, whether it should spread or fill that material, or whether it should be finish grading.

The result? It’s been shown to perform within six percent of experienced operators. With Komatsu’s Proactive Dozing Control logic, you can now use dozers to their full capacity—optimum utilization, better ROI and higher production. And your owning and operating costs are lowered by reduced wear and tear on the machine.
“Proactive Dozing Control can truly be called grass-to-grade automatics,” sums Jeff.