Print Page
When it comes to Canadian charities, few have the name recognition of the Children’s Miracle Network (CMN). Since 1983, the Network has been raising money in the name of sick and injured kids, distributing those funds to 170 member hospitals throughout North America, including the Stollery Children’s Hospital. Countless businesses get involved with CMN’s fundraising efforts, including SMS Equipment, a Canada-wide industrial equipment supplier that has made helping kids with medical needs part of its corporate culture.
CMN is a popular charity for many corporations, but unlike most other companies that typically collect point-of-sales donations from customers to raise funds for the Network, SMS’s contributions come primarily from its employees — staff members voluntarily donate a portion of their paycheques over the summer every year and the company matches those donated funds. Each employee determines how much they want to donate, and the staff have been very generous:
since partnering with CMN in 2011, SMS has donated approximately $2 million to the charity, benefiting children’s hospitals all over Canada.
“It’s quite a bit different than many of the other CMN campaigns that support us,” says Angela Bennett, development officer with the Stollery Children’s Hospital Foundation’s CMN program. “It’s a testament to the generosity of the employees and the community that they have built. Also, the leadership there is incredible and has a huge impact on the corporate culture.” 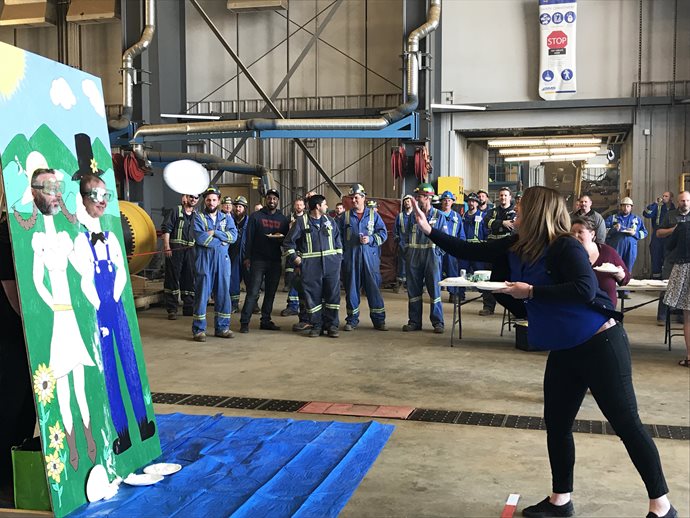 Since the company specializes in industrial equipment, one of SMS’s biggest branches is in Fort McMurray, which means the CMN proceeds raised by northern Alberta residents through that location go directly to the Stollery Children’s Hospital Foundation, since the Stollery serves the northern part of Alberta (commuter donations, however, go to hospitals in Atlantic Canada or other regions based on their permanent addresses).

The Fort McMurray SMS branch has more than 500 employees, with nearly 50 per cent of them contributing to the annual campaign. In addition to the paycheque donations, the Fort McMurray branch also holds 50/50 draws, raffles featuring prizes donated from customers and suppliers, a customer appreciation breakfast and various barbecues and employee lunches, all designed to raise money for the cause, while also creating a bonding experience for SMS employees. 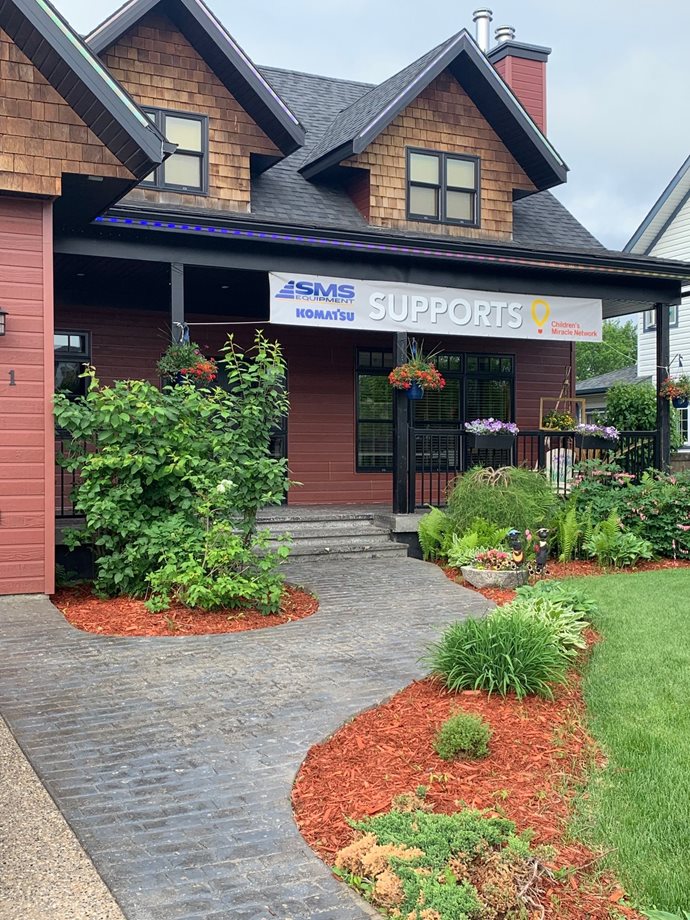 “We’ve had some colleagues that have used the Stollery on a pretty large capacity and we’ve had them speak at our events to give people perspective on what goes on in the hospitals,” says Danielle MacKay, the components supervisor at SMS Fort McMurray, who also sits on the CMN fundraising committee. “We see the impact it’s had on their lives. That first-hand knowledge of how the Hospital benefits the community is really important.”
MacKay says that the branch’s participation affects many levels of the company. She makes sure to hold campaign events at different times of the day so that employees can participate in something, no matter what shift they happen to work. The enthusiasm also trickles down from the top: a thank-you event for staff involved in the campaign was held at branch manager Larry Gouthro’s home, and a vice president of the company participated in last year’s pie throwing contest, willingly taking pies to the face to raise money for kids in need.
“As a company, we’re pretty fortunate,” MacKay says. “We’ve got a very large branch here and we do live in a region where people are known for being very generous. All of those components have made this campaign such a huge success.”
Our website uses cookies. By continuing to browse our site you are agreeing to our Cookie Policy.